SYDNEY, Australia: Utilising CAD tools, CT scans and a specially developed computer algorithm, Ben Ferguson, a PhD student at the University of Sydney’s School of Aerospace, Mechanical and Mechatronic Engineering, has developed a revolutionary program that will enable surgeons to run a full simulation of mandibular reconstruction before they attempt it. Ferguson’s program simulates the physiological conditions into which a medical implant will be placed, allowing surgeons to tailor their device and procedure for patient-specific treatment success.

Typically, reconstruction of the jaw requires an extensive recovery period of around three months. There are many potential complications and the ever-present chance of implant failure. Newer innovations in implantology better foster bone regeneration than before, but until now, physicians have not been able to accurately predict just how well a body will respond to an implant or how well the implant will work in the given conditions.

Prof. Qing Li, Ferguson’s PhD supervisor, explained how this simulator advances traditional planning for mandibular reconstruction surgery: “It is a careful balancing act. For example, an implant may need to mechanically stimulate the surrounding tissue to enhance healing, but mechanical stimulation may then increase the risk of implant failure. Our algorithms and data-driven approach help surgeons develop an optimal design without having to rely solely on intuition.”

Thanks to advancements in CAD designing tools and use of high-fidelity computer-aided engineering models and some programming magic, Ferguson’s program means that physicians can troubleshoot their implants and procedures long before they do any actual surgery.

“Nowadays, it would be unthinkable to construct a building without running an engineering simulation on it beforehand. This is the industry standard in civil engineering—the same expectation should be applied to surgery on a human being,” said Ferguson. 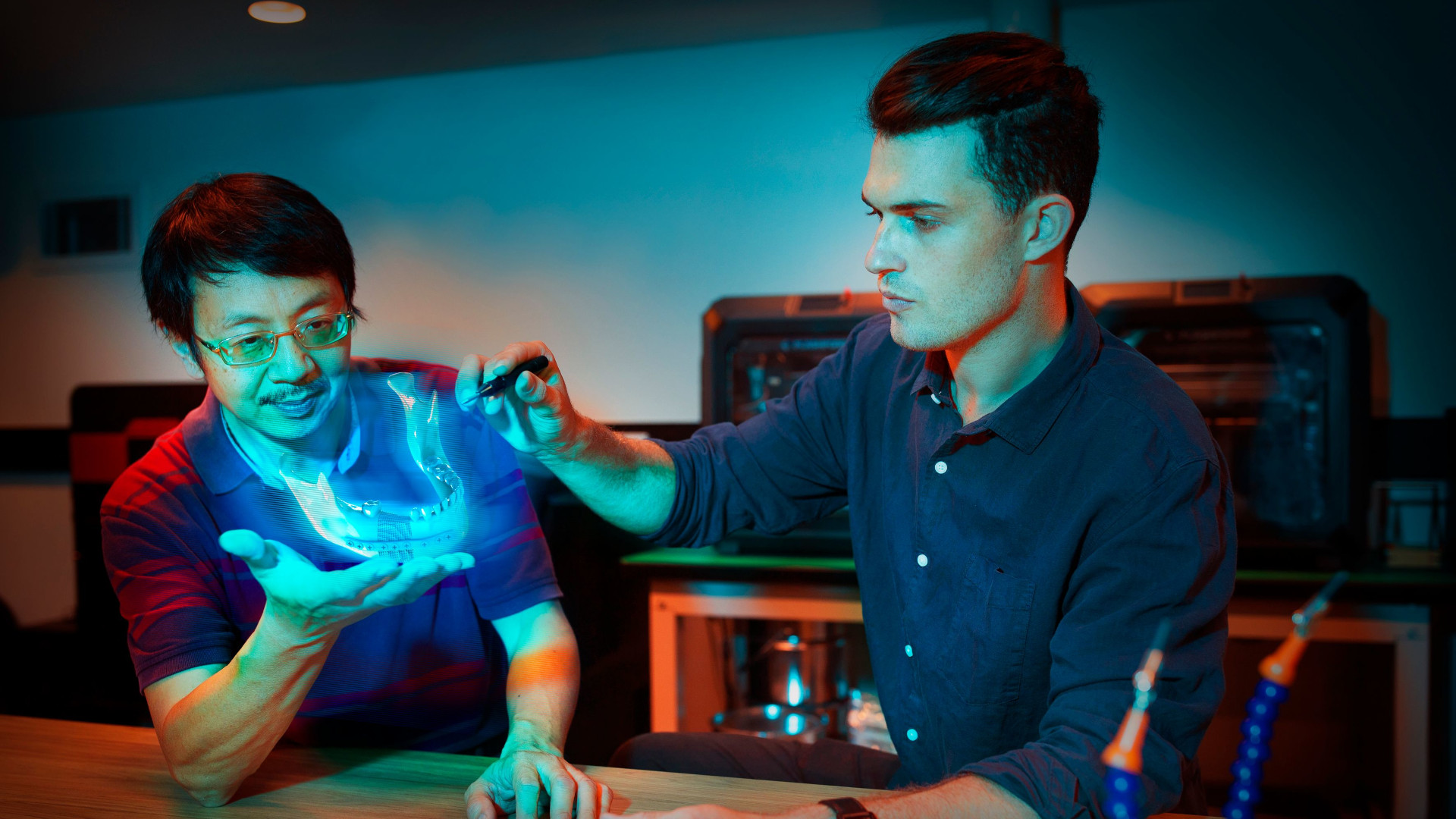 Ferguson’s biomechanical modelling tool is already being translated into clinical use through a partnership between the researchers and Prof. Jonathan Clark AM, director of head and neck cancer research at the Chris O’Brien Lifehouse cancer hospital in Sydney.

“What’s really exciting about this tool and data is that they provide the opportunity to evolve the technology beyond form, to also include biomechanical modelling, which can help predict the bone tissue’s response to physiological loads,” said Prof. Clark.

Surgeons can fine-tune the height and angle of placement based on the scans and computer modelling for the absolute best possible outcome for implant–host compatibility, translating to fewer complications, better healing and less risk of retreatment—a win–win situation.

The report on the program, titled “Optimal placement of fixation system for scaffold-based mandibular reconstruction”, was originally published in the February 2022 issue of the Journal of the Mechanical Behavior of Biomedical Materials.

Related articles
News Tue. 31. May 2022
“Colleagues challenged me to predict where caries might occur in the mouth”

A new prototype device paves the way for pinpointing exactly where acidity in oral biofilm is increasing and thus where caries is most likely to develop. ...

Augmentation of horizontal defects with a xenogeneic cortical membrane

Whole Body Health – what do we know and where are we going?

Ecosite Elements – The beauty of simplicity

Getting Real About Digital Dentistry: Optimizing Your Digital Equipment

LOS ANGELES, US/WEITERSTADT, Germany: With a focus on dental 3D printing, SprintRay is continuously developing its technology and products to deliver its ...

Technologies are producing a paradigm shift in all areas of healthcare. Dentistry has seen significant changes in this context. Alongside new patient ...

BOULDER, US: After raising an astounding US$1.3 million (€1.24 million) in a seed funding round, Vitro3D will take its place as a commercial rival in ...