The team at Orthosnap says that the 3D-printing process introduces inaccuracies into clear aligner trays which undermine the predictability of treatment. (Image: Orthosnap)

WESTBURY, N.Y., US: Digital is undoubtedly the current buzzword in the field of orthodontics, but what if digitally produced clear aligners were less accurate and more costly compared with those made using cast moulds? According to Orthosnap, using 3D printing to produce clear aligners undermines the clinical performance of the treatment and even detracts from its greatest selling point by making aligners more visible when worn. Dental Tribune International (DTI) spoke with Michael Yoon, president and CEO of Orthosnap, who says that dentists should remain critically aware of the strengths and limitations of digital technologies in the treatment of malocclusion.

According to Orthosnap, the 3D-printing process introduces inaccuracies into clear aligner trays from the bottom up, owing to optical discrepancies and resolution limitations that are inherent in the manufacturing technique. The team at Orthosnap says that these inaccuracies undermine the predictability of clear aligner treatment and that striations created through the 3D-printing process result in aligners that are less clear.

Dr Yan Pogorelsky founded Orthosnap in 2010 in order to address what he saw as shortcomings in the market. The company has since challenged the clear aligner establishment by favouring its own patented cast mould technology over 3D printing in the manufacturing of clear aligner trays. The New York-based company asserts that this results in a dentist-led clear aligner system that offers a tighter fit, better and faster results, and higher revenue for dentists.

Yoon, who has a background in engineering and business and is a long-time friend of Dr Pogorelsky’s, told DTI that Orthosnap’s product is so different from most clear aligner solutions that it can sometimes be daunting to explain it all at once. He said that treatment begins with a polyvinylsiloxane impression that is used to produce a highly accurate mould from diepoxy resin. “If we receive an STL CAD file, we use a hybrid approach, printing only a single model at the highest resolution possible, taking much more time but only having to do it once,” Yoon added.

“Because we do not consume expensive resins to produce a base model for each step, our costs are lower”

Orthosnap then utilises a dynamic physical model (DPM), a patented process that uses a pin, dowel and sleeve system in order to produce precise tooth movements through specific pins designed for those movements. He commented: “Because we focus on the highest fidelity tooth models, our aligners are very precise and preserve our dentists’ investment of effort in obtaining the highest quality of physical or digital impressions. Our system is capable of full tooth body movement, high predictability of outcomes and fewer attachments.”

Company information states that the use of DPM allows incremental movement of individual teeth in isolation from adjacent teeth and that Orthosnap aligners are accurate to within a few micrometres, whereas commercially 3D-printed aligners have resolution errors of > 100 μm.

Yoon explained that Orthosnap’s solution provides advantages for dentists and patients and that the company can offer aligners at up to 40% less than the average market price. This price benefit arises from Orthosnap’s reduced production costs. Yoon explained: “Because we do not consume expensive resins to produce a base model for each step, our costs are lower. We use lean manufacturing principles and produce in batches, which delivers both the economic benefit of distributing the lab cost over time rather than upfront and building in flexibility and adjustments throughout treatment. This pairs very well with digital patient monitoring systems that provide input into the ongoing treatment, in addition to the convenience of reduced visits for both the patient and the provider.” 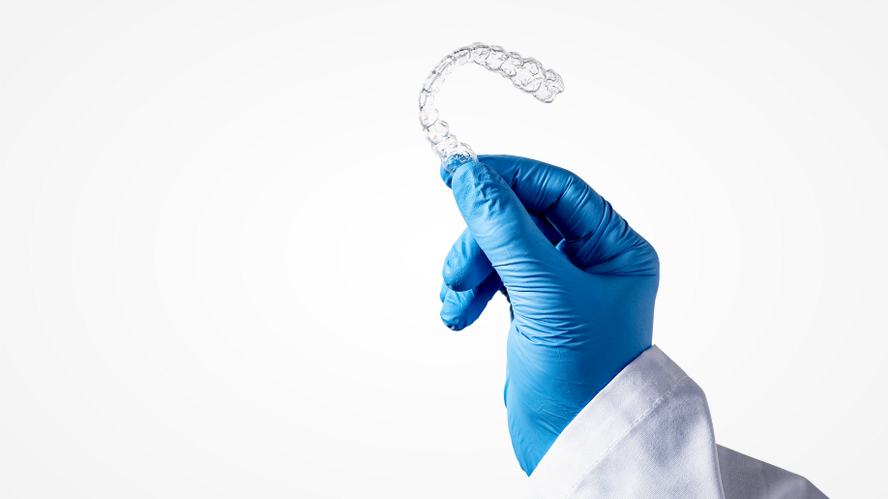 Orthosnap offers its clear aligner system to general dentists and orthodontists in the US and is currently expanding to international markets. (Image: Orthosnap)

Indeed, Orthosnap is critical of the efficacy of 3D-printed clear aligners, but the company does embrace digital dentistry. Yoon told DTI that digital technology has broad application—particularly in medical fields such as dentistry—and that dentists should think critically about when and how digital dentistry best applies to dental treatment and the operations of their dental practice. “Preserving the integrity of data for processing is one of the best-use cases for application of digital technology,” he explained. “For example, recording patient records digitally, electronic communication, online scheduling, electronic payments, digital marketing—these are all great examples of where technology preserves the integrity of data during transfer and processing. Digital manufacturing of aligners has more trade-offs, as it is an expensive process that consumes large amounts of costly resin, takes much more time, and introduces systematic resolution errors that are orders of magnitude greater than the molecular compounds used in a moulding process. So yes, it has a lot of downsides, and it is important to be aware of these and make thoughtful decisions to balance the pros and cons.”

Dentists benefit regardless of case complexity

Orthosnap offers its clear aligner system to general dentists and orthodontists in the US and is currently expanding to international markets. Dentists can be trained to use the company’s system in as little as an hour, have access to proprietary treatment software and are free to set their own pricing.

The company has received excellent feedback on its clear aligner system from dental practitioners, who have, in turn, received positive feedback from patients on the results of their treatment. Yoon said: “We have grown rapidly in the past few years to serving over 1,400 dentists who love our unique approach and our dentists love the results. The fit is much better, which leads to more predictable results, reduced chair time and lower costs.” He said that these benefits apply to the treatment of various classes of malocclusion. When it comes to very simple cases, the low cost of Orthosnap trays makes them highly competitive with those of direct-to-consumer clear aligner systems. “Equally, in very complex cases, the accurate fit of our aligners makes movements predictable and able to achieve that which other solutions have difficulty achieving,” he added.

SAN FRANCISCO, US: Advancements in 3D-scanning technology, thermoforming materials and 3D printing have paved the way for the clear aligner market to be ...

BONN, Germany: A study led by researchers at the University Hospital Bonn has found that 4D-printed orthodontic clear aligners can apply biocompatible ...

NEWPORT BEACH, Calif., US: Desktop Health, a healthcare business that creates 3D-printing solutions for personalised medicine, has launched the Einstein ...

News Fri. 8. April 2022
Dental 3D-printing market to reach almost US$8 billion over the next few years

NORTHBROOK, Ill., US: 3D printer manufacturers have a period of substantial market growth to look forward to in the coming years. A global forecast ...

Augmentation of horizontal defects with a xenogeneic cortical membrane

Whole Body Health – what do we know and where are we going?

Ecosite Elements – The beauty of simplicity

Getting Real About Digital Dentistry: Optimizing Your Digital Equipment

LOS ANGELES, US/WEITERSTADT, Germany: With a focus on dental 3D printing, SprintRay is continuously developing its technology and products to deliver its ...

Technologies are producing a paradigm shift in all areas of healthcare. Dentistry has seen significant changes in this context. Alongside new patient ...

BOULDER, US: After raising an astounding US$1.3 million (€1.24 million) in a seed funding round, Vitro3D will take its place as a commercial rival in ...